CartBack is a WordPress plugin for those stores who use WooCommerce and Facebook fan page. It helps reduce cart abandonment rate and boost your sale revenue.

Below is how to set up CartBack plugin for your WordPress website.

Follow this guide to get personal token for CartBack plugin

⚠️ Some notes:
– Please set it up with a new Facebook app, do not use the same app with other plugins or services.
– Do not make your app “live” until it is approved by Facebook.
– Only admins, developers, and testers of your app can see the checkbox in case it has not been approved yet.

If you have any question related to set up CartBack plugin, please submit a ticket at our Help Desk, or feel free to chat with us at our Official Facebook Page.

Many thanks for coming with us!

Notice: This video below is old permissions, new permissions since May 2020 are pages_read_engagement, pages_manage_posts, groups_access_member_info, but the same method is still working.

When all permissions are approved, it looks like this 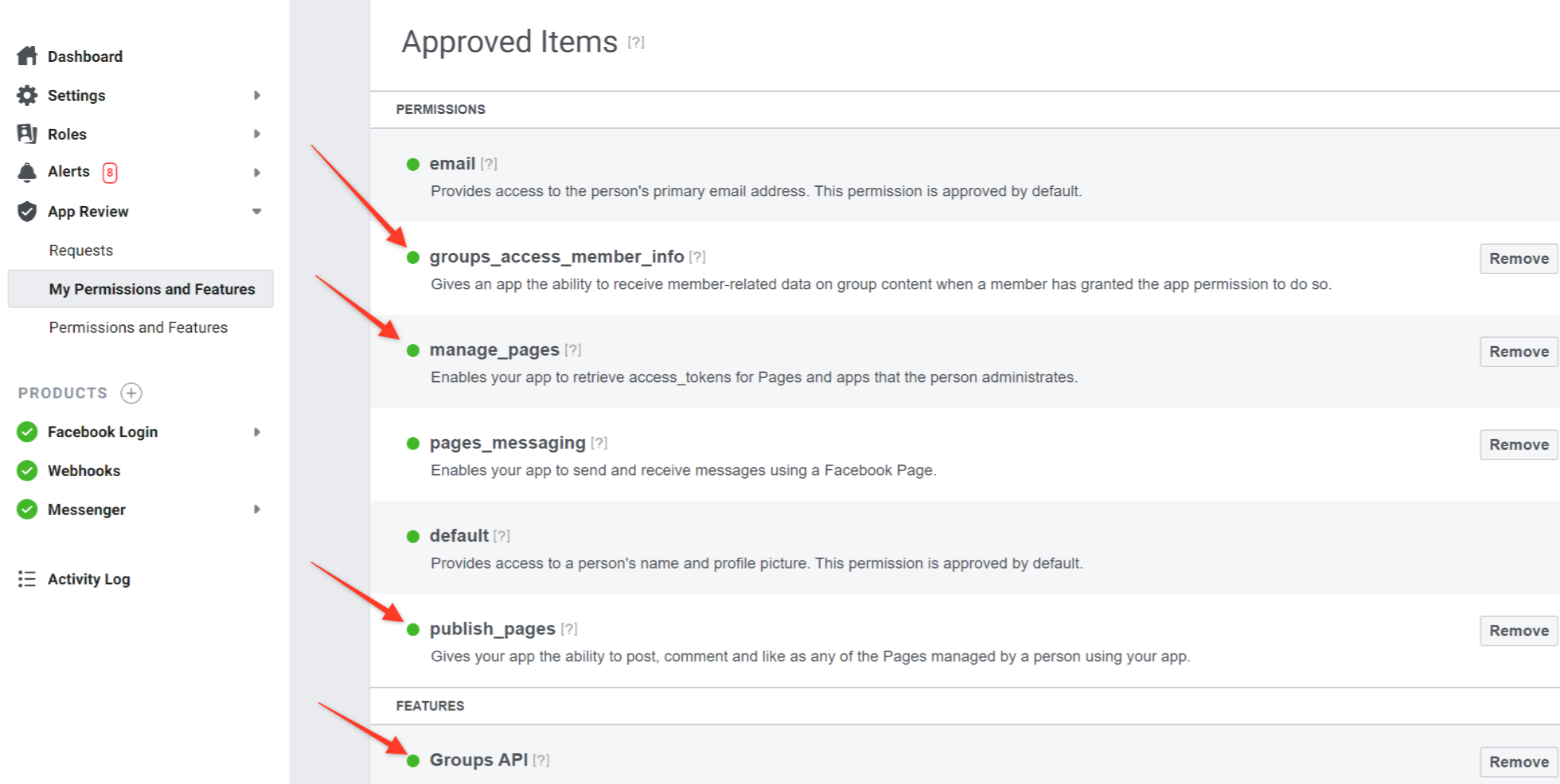 If  you have any questions or concerns, feel free to chat with our support team at m.me/ninjateam.org or submit a ticket at https://ninja.ticksy.com/

Many thanks from Ninja Team ;)

Please follow this video below to set up this live chat tool for your WordPress site:

In case the Messenger Popup does not show up, please make sure these settings are placed inside your Facebook Page:

And in Messenger Platform Settings, whitelist your domain:

If you have any questions or concerns, don’t hesitate to let us know.

You can message us on Our Facebook Page or submit a ticket at Our Support System.

Many thanks from Ninja Team! ;)

Below is step-by-step guide on how to set up Facebook Messenger Auto Reply.

Step 1: Set up Facebook Auto-Reply plugin from your WordPress backend

*Note: Please set it up with a new Facebook app, do not use the same app with different plugins or services.

If  you have any questions, feel free to chat with our support team at Our Official Facebook Page

If you get stuck with technical issues, please submit a ticket to Our Support System

**Note: Do not make your app public (live) until it’s approved by Facebook; otherwise, it will show an error.

Done! Enjoy how amazing Bulk Sender does for you!

If you have any question, feel free to chat with our support team at Our Facebook Page or submit a ticket to Our Support System.

Many thanks from Ninja Team!

Please view the video bellow to know how to setup Notifly plugin.

If  you have any questions, feel free to chat with support team at m.me/ninjateam.org

(Scroll down to view video version) 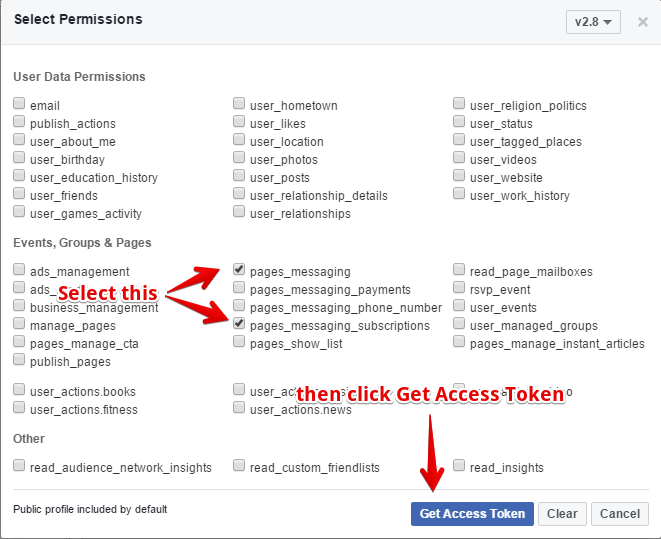 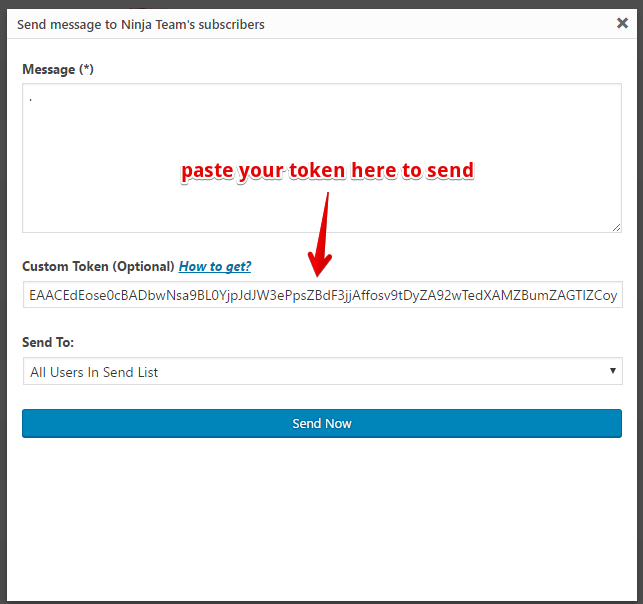 We made a video to show you how to do it, you can view bellow (only 40 seconds):

Chat bots are overtaking the planet.

Or so it seems. Consumers can now book a flight, hail a ride, reserve a hotel room, buy clothes, manage their bank accounts online — now all without ever leaving the convenience of Facebook Messenger.

There is just one tiny fly in the ointment. Bots might be the future, but “the future” accurately describes any and all the time between next week and when Elon Musk successfully colonizes Mars (and beyond).

And while that bot-based future may well be glorious, it isn’t quite here just yet. For a simple reason, the bots are, well, still learning how to interact with humans correctly, and the learning curve has been a bit steeper than some had initially predicted. Said simply, the average bot is just not smarter than a sixth grader.

“Chatbots are primitive. In fact, many of them are primitive to the point of being annoying, if you can figure out how to use them in the first place,” Karen Webster recently wrote of the burgeoning bot hysteria. “Most of the time, I just want to punch Poncho the Weather Cat since all I want is the weather when I ask about the weather. Spare me the cutesy icon that tries to make a joke about it. We take our weather very seriously in Boston. Shopping with a bot is tedious — it takes 20 exchanges to finally get a link to a just-OK pair of black pumps that you have to then go outside the bot to the retailer site to buy.”

And Webster is not alone in these observations. David Marcus, president of Facebook Messenger, whose big bot announcement early this year sent a million developers off to build an army of chatbots, has noted that bots are still in their embryonic phase and will need to undergo several rounds of evolution before they become a truly useful and desirable part of the ecosystem. Wired made a similar point over the summer. Bots are at their beginning and, as such, work better in concept that in actuality.

We never spam you. We make sure you receive the best deals which truly useful in just some special occasions.